A six-note collection, found in measures 33 and 34 (violin) of the original, provides all the pitch material for Interlinear.  There are also more overt quotations from the source which appear on the surface of the music.  these quotations appear in their original form only sporadically and are almost always altered in some way. 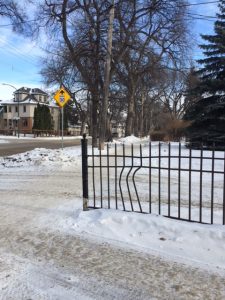 Interlinear means, literally, between lines.  This new work is, in some sense, written between the lines of the original–the idea being to retain the ghost of the original, while making something that is entirely new.  In a concert setting, the original instrumental work from Das Glogauer Liederbuch should be performed immediately before Interlinear.

Interlinear was commissioned by Paul Marleyn for the Agassiz Music Festival.  It is in one movement of approximately 10 minutes duration.

The composer would like to thank the Manitoba Arts Council for its generous support of this commission.